Colours of the World 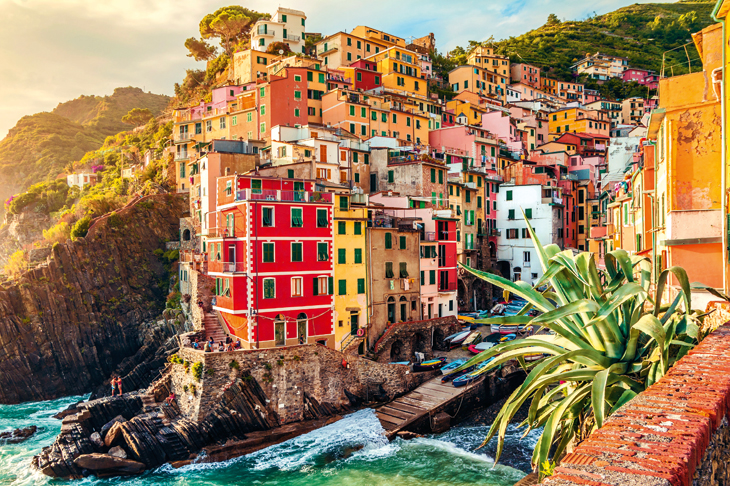 Colours of the World

Whether it’s man-made or a natural phenomenon, these countries’ landscapes are visual feasts that satisfy a hunger for the spectacular

When it comes to vibrant encounters, the world plays host to many colour parades, from vivid carnivals in Spain to the intoxicating red hue of Marrakech. Avoid feeling blue and inject some colour into your honeymoon with these top destinations. After all, a honeymoon should be a special holiday and why not turn to the colour wheel to help determine where to go? A honeymoon encapsulates that feeling of je ne sais quoi – magic in the air, moments of romance, restful relaxation, uniqueness, adventure and accomplishing one (or more) of your bucket list to-dos. To narrow down your honeymoon destination, here’s a colourful guide to help you figure out which magical place on earth you find most inspiring.

It’s hard not to get caught up in the vibrancy of this beautiful city, from the intricate details of Gaudi’s architecture spread throughout the city to the numerous street festivals and markets held daily, Barcelona is loud, obnoxious (in the best way) and one big celebration of the people, city and culture. The innovative spirit of Barcelona has plenty to offer including sand, sangria and more in this colourful hub. 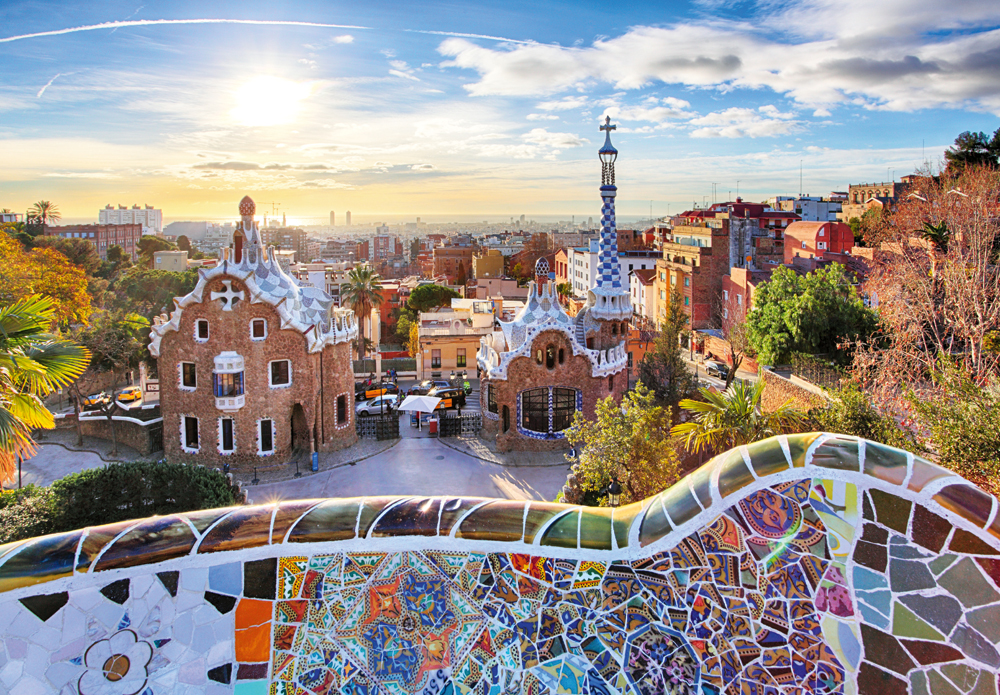 This breathtaking city is, in a word, mysterious. You may have heard it fondly referred to as “The Rose City”. The laneways, buildings and streets of Marrakech make this city one of the most colourful destinations in the world. A tourist hotspot in Africa, it is loved for its exotic designs and culture. Think pungent spices, snake charmers, faith healers, bazaars, souks (markets) and the medina – the old part of the city that’s still surrounded by 12th-century walls. 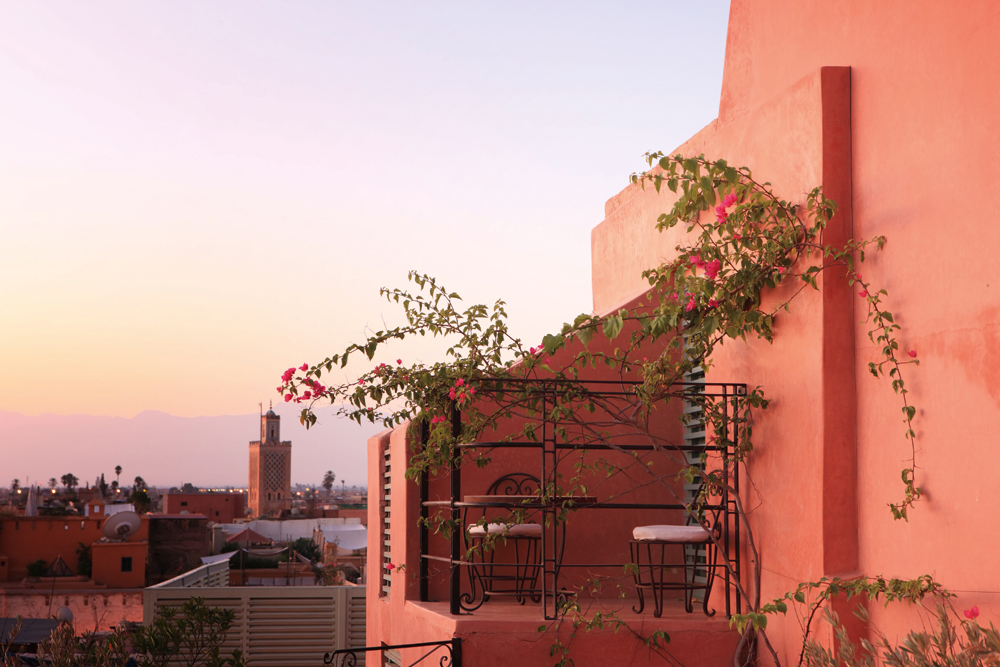 The whole of Mexico is one huge explosion of colour, but it’s the infrastructure of this small city that has it topping our list. Endearingly referred to as “The Yellow City”, thanks to the colour most buildings are painted, the city is built around an archaeological site of the pre-Colombian Maya civilisation that once called the area home. This peaceful place is brought to life throughout the year with major fiestas taking place to celebrate the vibrant city and its history. 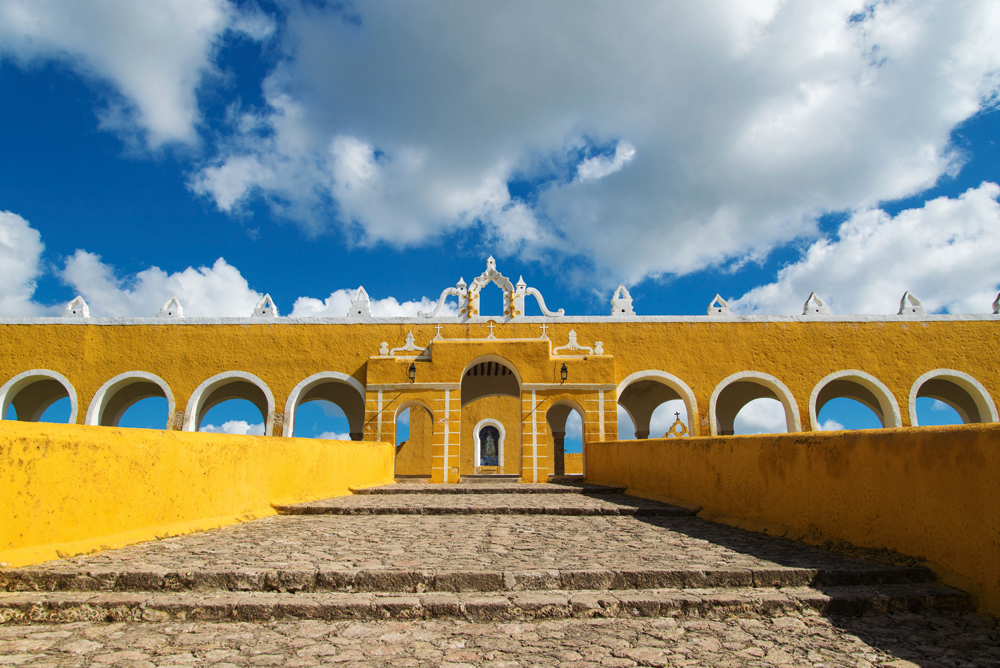 Besides the numerous stunning temples and shrines of breathtaking hues and architecture, Delhi becomes a colour explosion each March due to the sacred festival of Holi. The celebration sees the streets, pavement, buildings and people of Delhi literally covered in vibrant colours to usher in spring and celebrate love. 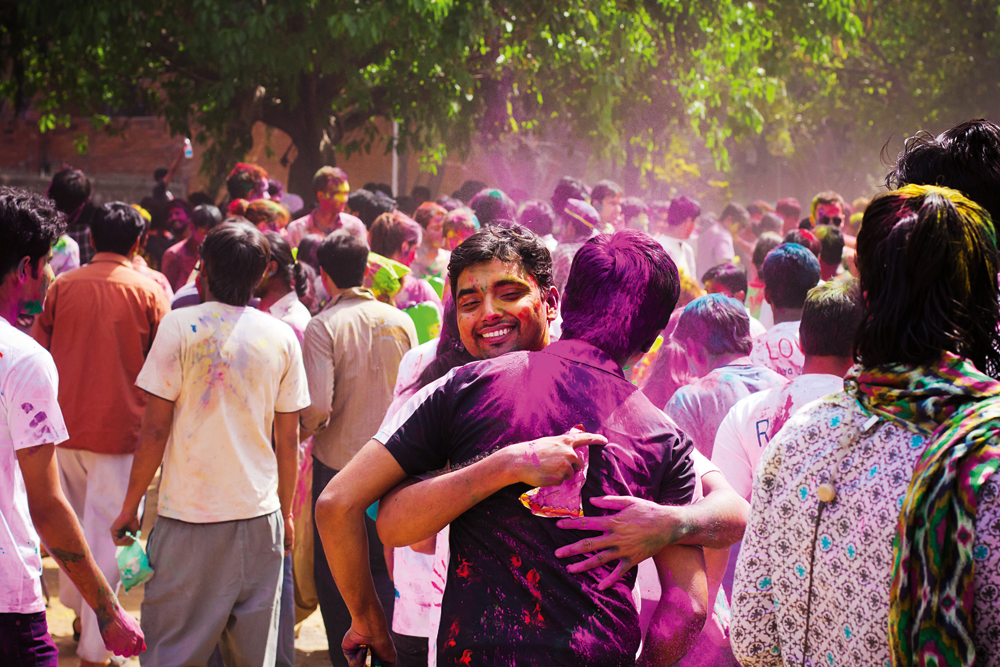 The home of Mardi Gras in the USA, New Orleans is a plethora of colourful characters, enthralling history and an eruption of music at every corner. By night, the town moves to the toe-tapping sounds of Dixieland jazz, Zydeco (Cajun dance music) and intoxicating New Orleans blues. By day, the city offers enchanting nooks to explore and lots to do. If that’s not enough for it to qualify as a colourful destination, the mix of African, American and French cultures surely sends energy levels well into colourful territory. 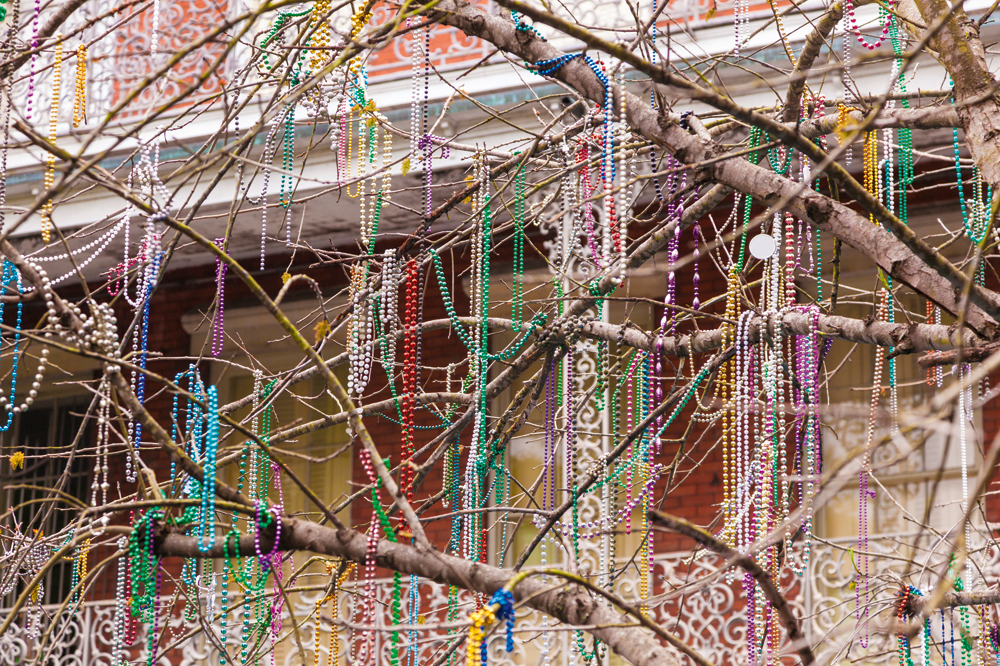 Carb-loading has never been attempted at a more beautiful location. It’s hard to believe this town is a part of Italy, considering the stark contrast between it and the hustle and bustle of the country’s main towns and cities. Here, the streets are almost completely car free, the people live slow-paced, relaxing lives and the buildings are colourful. Nowhere will you find a beachside town on the edge of a cliff with more eclectic surrounds. Whether the occupants of this sleepy town decided to do their own thing or it was a well-thought-out plan, Cinque Terre is up there with the most beautiful, colourful destinations we’ve had the pleasure of hiking through. 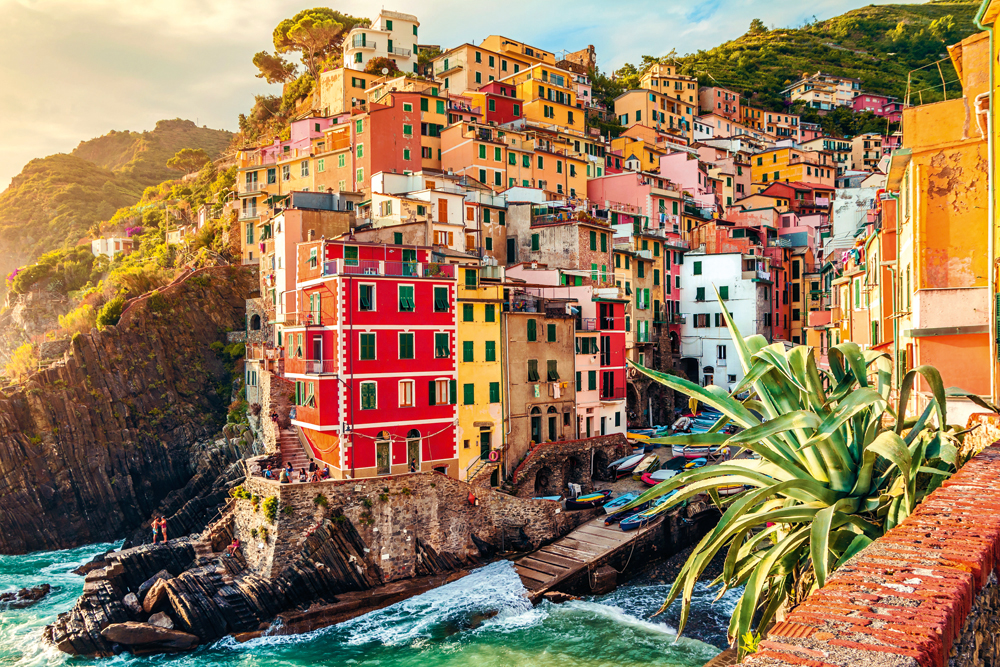 Two million people flock to the streets of Rio every year to witness the magic that is Carnival. Considered the biggest carnival in the world, the festival dates back to 1723 (so it’s probably one of the oldest, too). Bursting with vivacious costumes and eclectic people, the streets of Rio come alive in the most colourful, crazy way for this celebration of life. 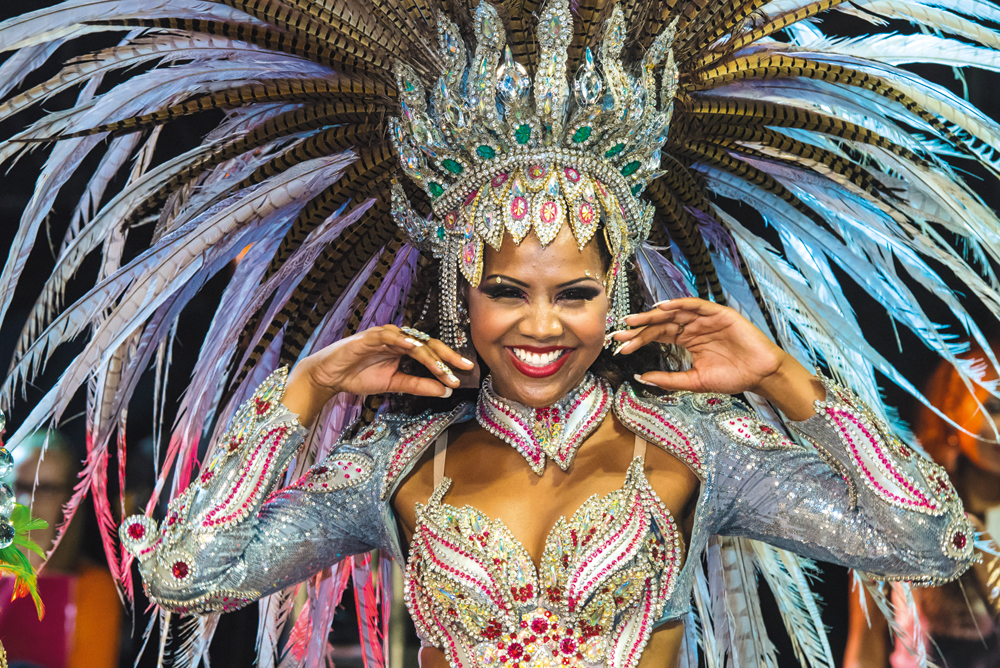 Brimming with vibrant art, culture and rainbow buildings, the “The Jewel of the Pacific” is described by many as a beachside Berlin. The strong street art culture draws musicians, writers and artists to the town year after year. Mixed in with towering buildings are flourishing greenery, disjointed graffiti and dedicated murals that will leave you wandering the streets with your other half for hours at a time. This vibrant destination has us looking to the sky for our colour fix. Lighting up the heavens, the Northern Lights can be seen from many different places around the world, but travellers are drawn to Iceland and the Arctic region to experience this amazing natural phenomenon. The calming, swirling lights are as close as we’ll ever get to real-life magic and are truly awe-inspiring. 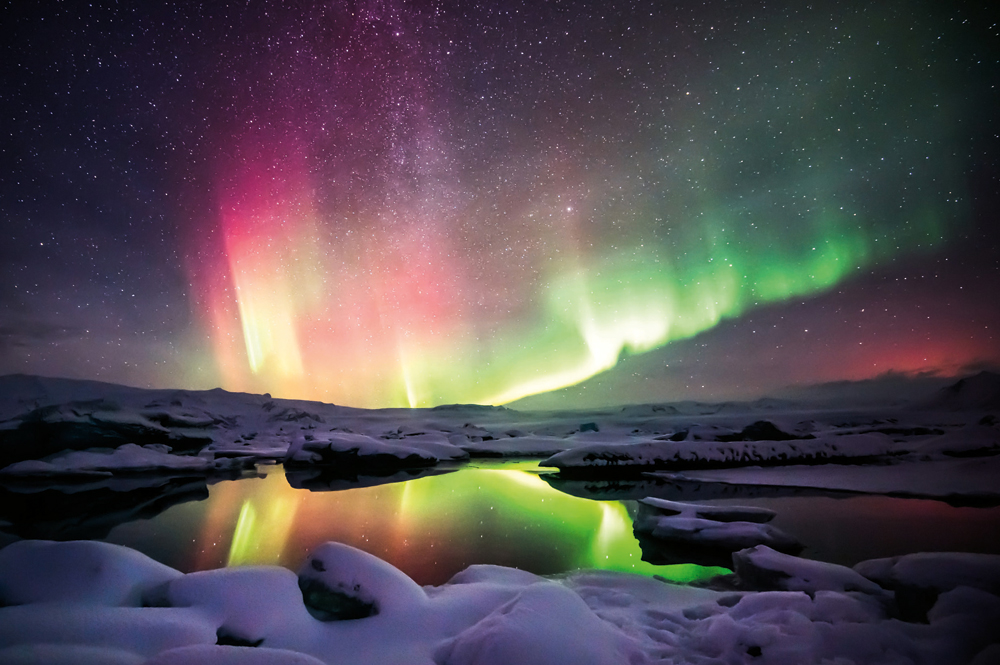 Straight-lined houses anywhere else in the world may look sad, grey-scale and awkwardly planned, but the soft pastels and adorable designs of these buildings make it feel homely and inspiring. The reflections of the colours on the water create a hypnotising flow that mixes into the sunrise and sunset of this beautiful little area.