Ming and Melissa first locked eyes when they were studying at university. He quickly set his sights on her and “chased for a really, really long time,” exclaims Melissa. “His persistence paid off, though…”

After a few years of dating, Ming was ready to take the relationship to the next level. For Melissa’s birthday, he put together a sweet plan, gifting Melissa with the same gifts he had given her for her first birthday they celebrated as a couple: a novel, USB stick and a teddy bear. Melissa was a little confused at first but as she began flicking through the book, she noticed it had a hole cut out.

When she opened it, she discovered a ring. “I was shocked,” says Melissa. “I stared up at him in disbelief and he got down to the floor and asked if I would marry him. I said yes!”
Ming and Melissa spent a year planning their dream wedding.

They tossed up between venues and themes and finally decided on a rustic barn-style wedding. “We chose this theme because we wanted a small, intimate wedding and nothing is more intimate than being out in the country with your closest friends and family,” says Melissa. The husband-and-wife-to-be had family coming from all over the world — Canada, Brunei and from around Australia — so intimacy was key to making everyone feel close, connected and comfortable.

Along with the wedding planning came the dress hunting and after an exhausting and gruelling few months of trying on dress after dress at different bridal stores, Melissa had had enough. She took a trip to Melbourne and the first gown she tried on at The Designer Bridal Room blew her away. “I realised at the next shop that nothing was as good as the one at The Designer Bridal Room and I had to have it,” says Melissa. “My taste throughout the dress-shopping experience changed from wanting a strapless mermaid style to a princess style and then to a lace-top fitted A-line-style dress. I am happy that I continued searching for the right dress…”

As for the bridesmaids’ dresses, the-bride-to-be stumbled upon the perfect dress while out one day grocery shopping with Ming. They were a beautiful yellow, which was a colour the couple wanted to incorporate into their wedding theme.

The months of planning paid off as perfectly manicured lawns unfolded before the couple on the big day. White wooden chairs and delicate hanging flowers encapsulated the rustic theme they desired, and their talented harpist provided a harmonious element of sound for the ceremony.

Both Ming and Melissa agree that their favourite moment was at the end of the night when they sent off their guests with lit sparklers. The sparklers marked their union and the beginning of their lives together. “All our hard work and planning had come to an end,” says Melissa. “It was now the beginning of our life together as husband and wife.” 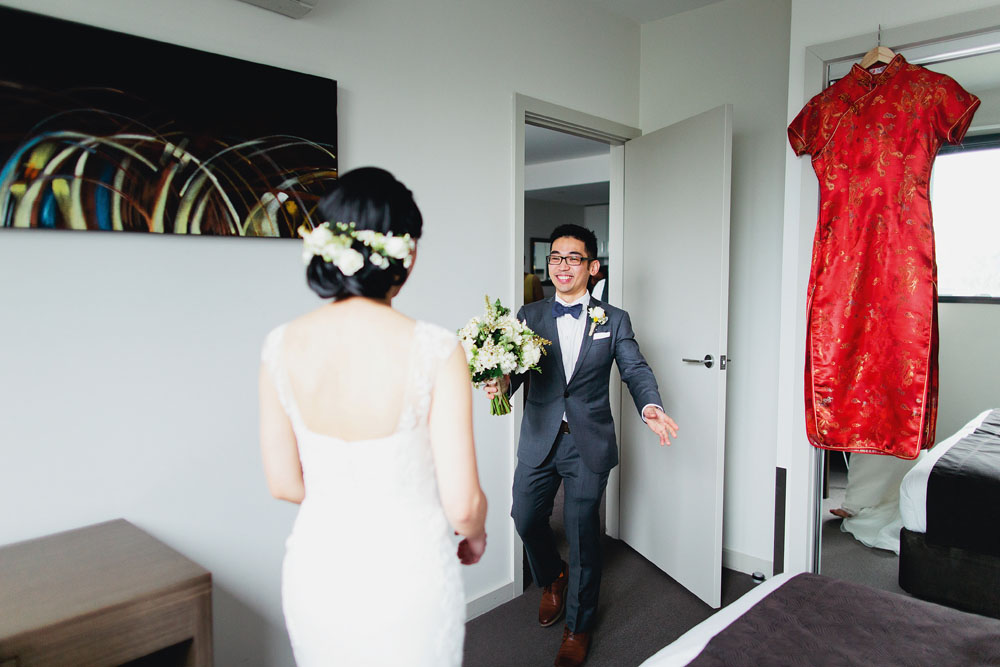 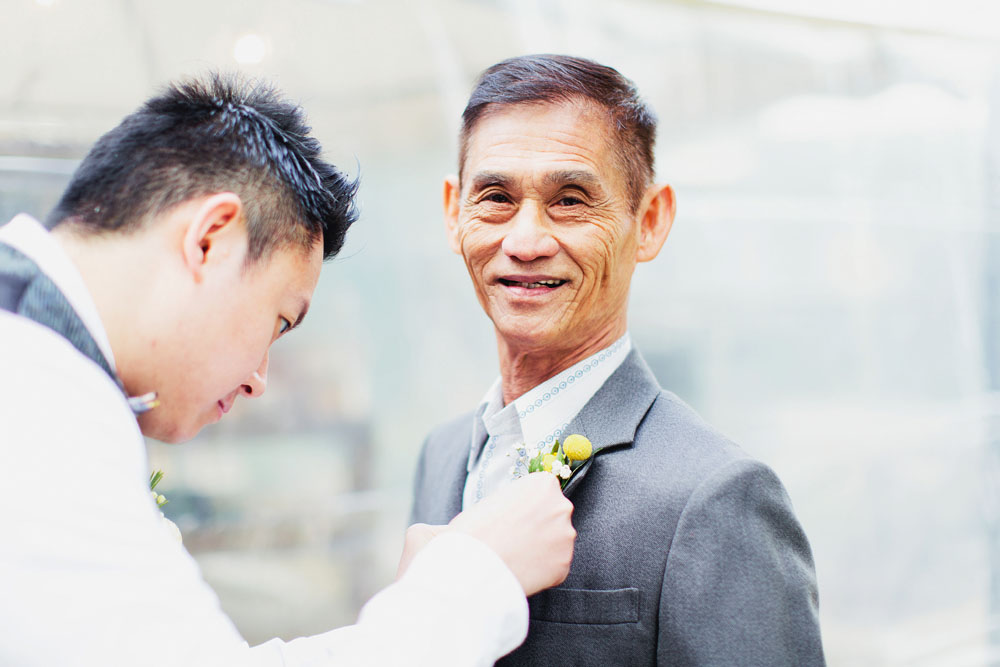 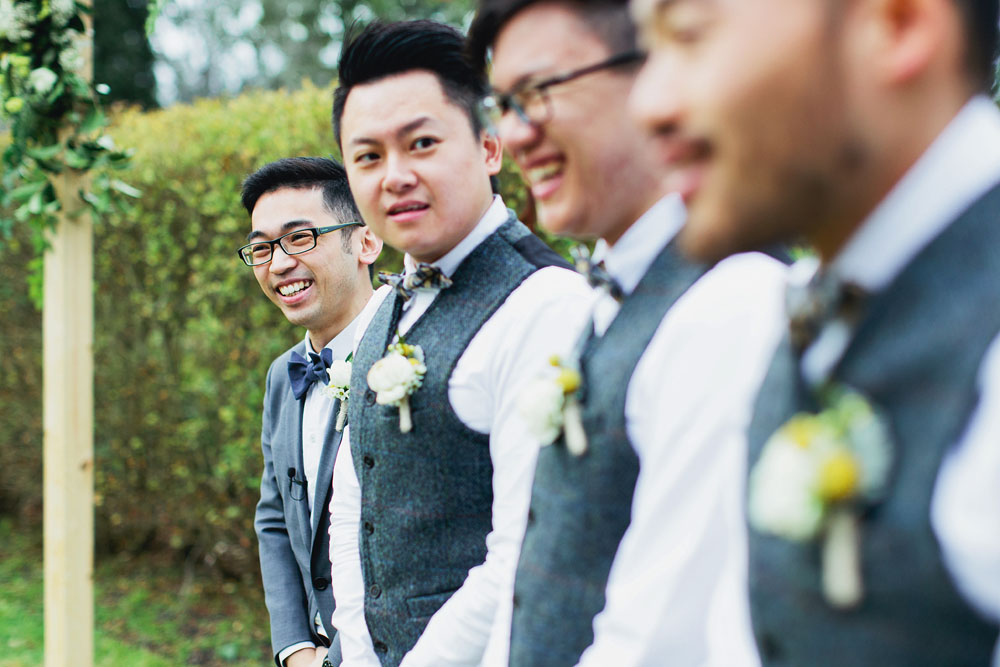 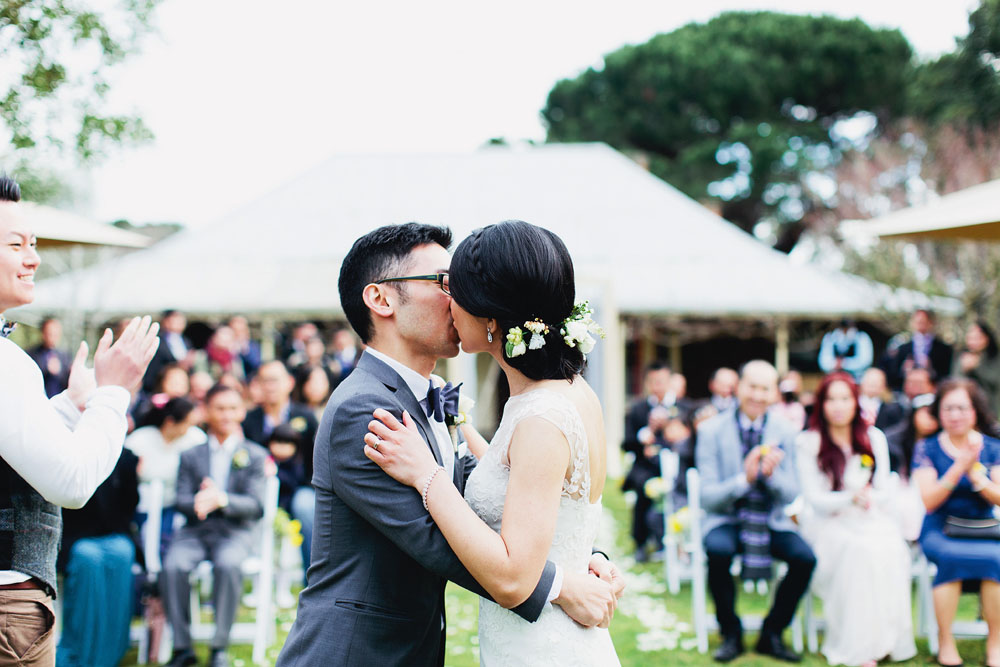 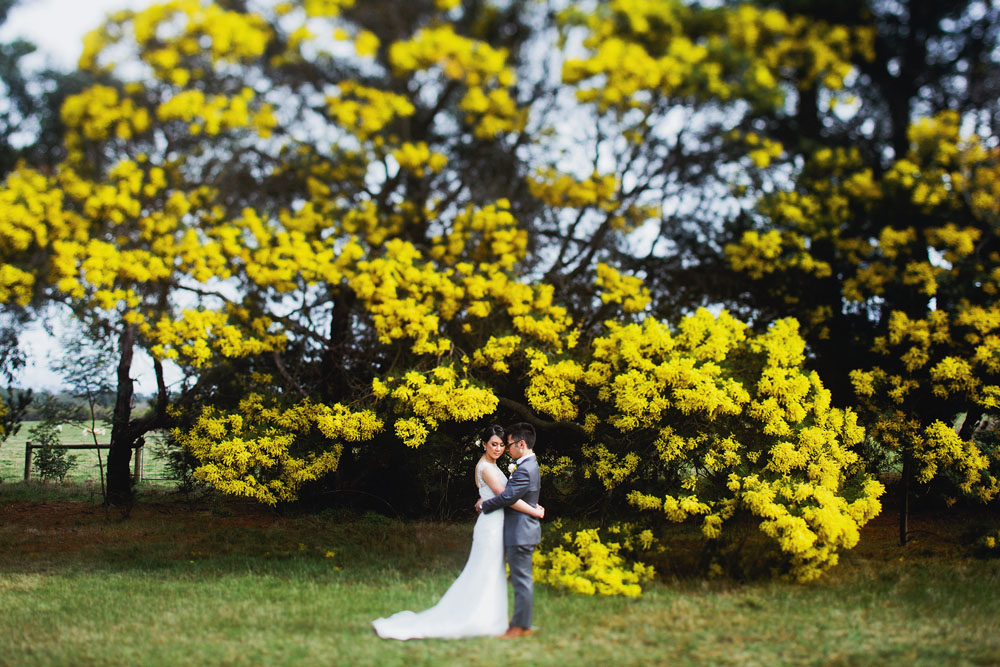 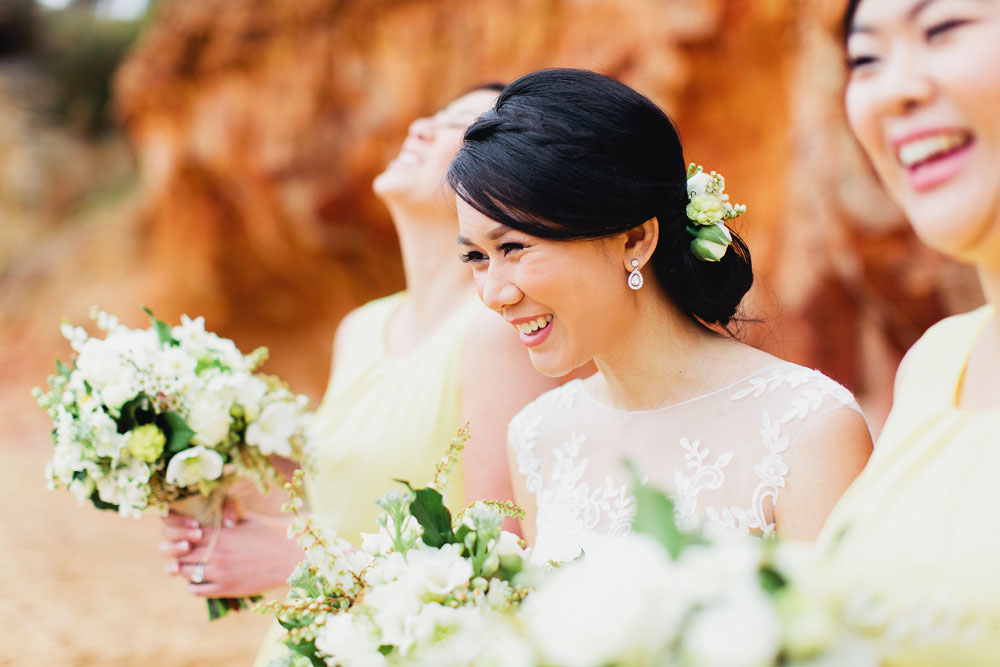 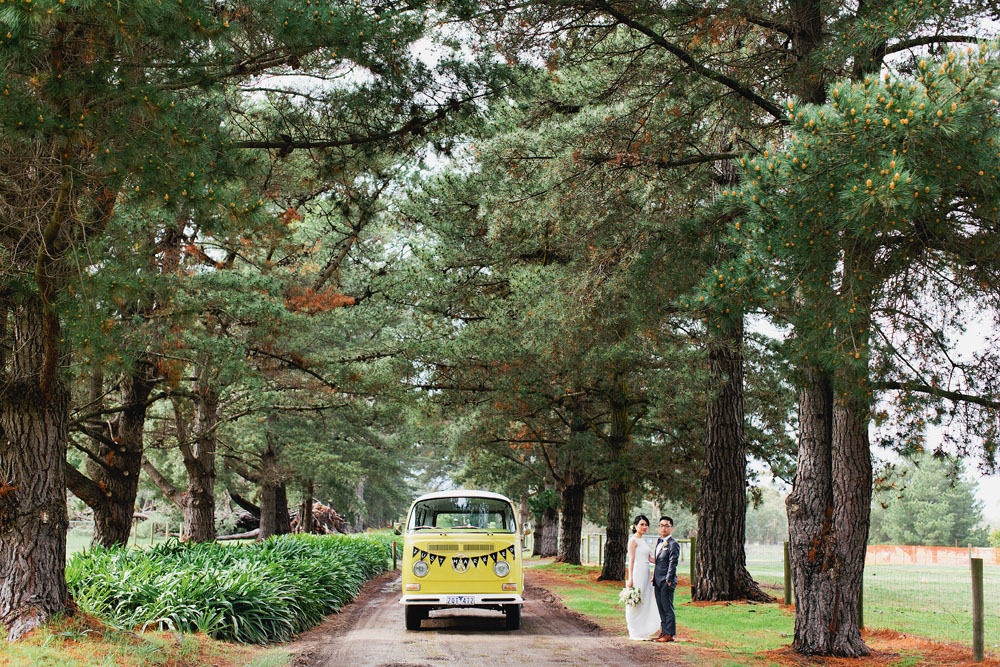 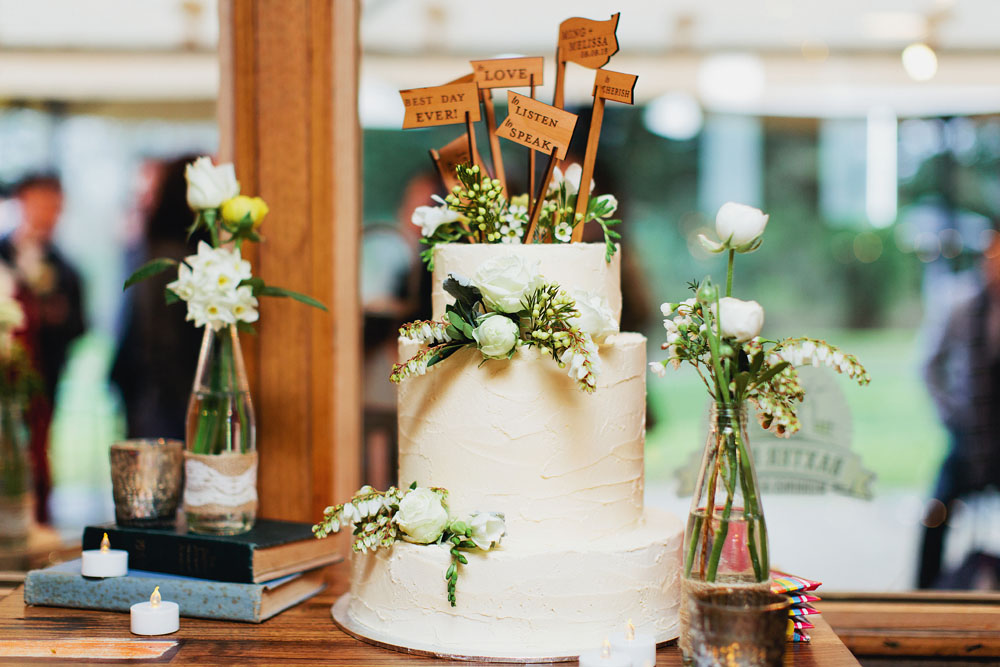 Benjamin and Melissa: Love’s a beach